Our water, our future 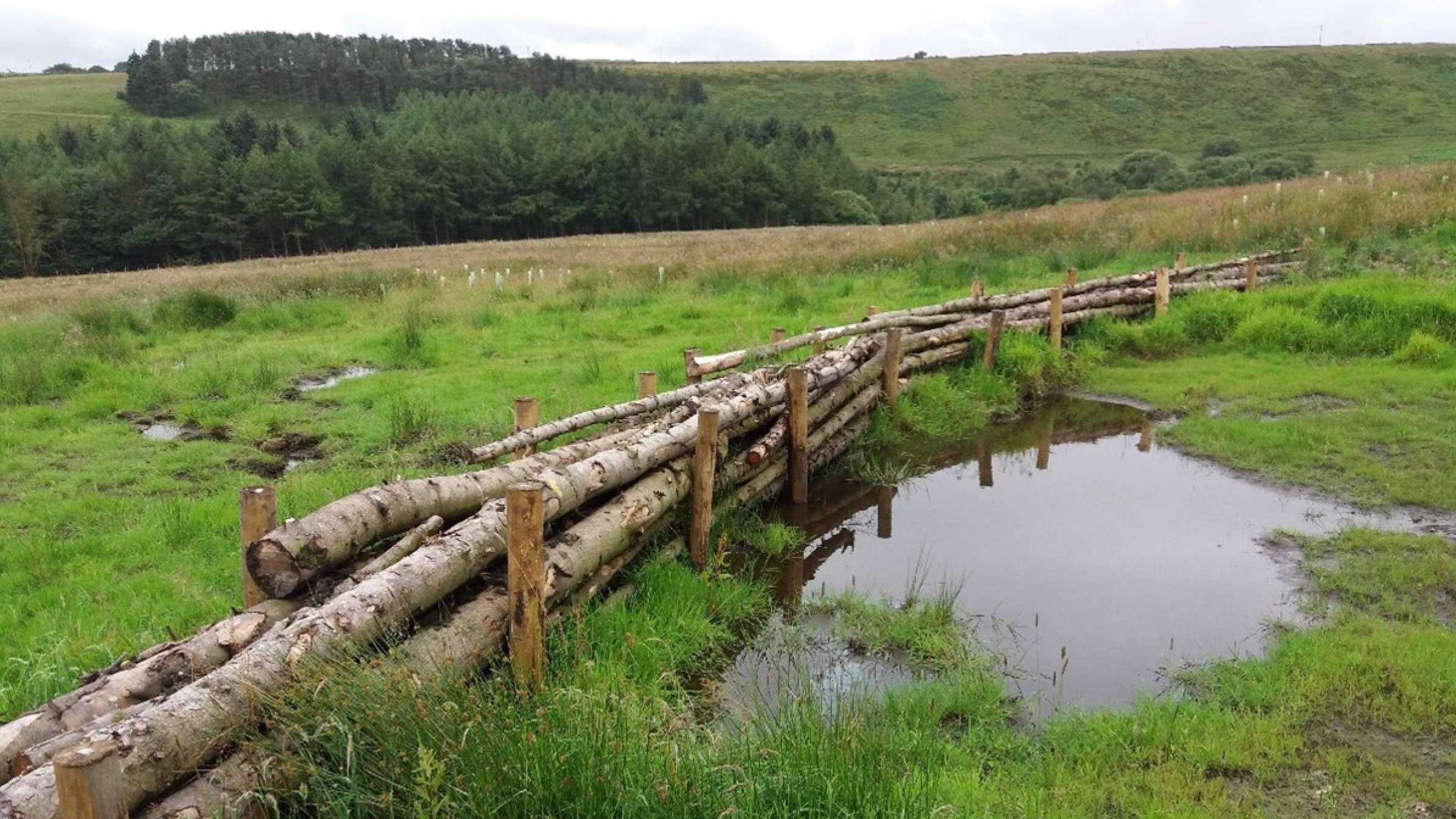 A leaky dam on the Smithills Estate in the uplands above Greater Manchester (Picture: Greater Manchester)
Today on World Cities Day 2022, Making Cities Resilient 2030 (MCR2030) begins a series of mini-case studies profiling the work of its Resilience Hubs, acknowledged leaders in disaster risk reduction. Under the theme ‘From Risk to Resilience: Building a Local Climate of Success’, the case studies are intended to guide and inspire other municipalities to scale up their own ambitions on climate action

Greater Manchester is a city region in the Northwest of England. It encompasses eight metropolitan boroughs along with the cities of Manchester and Salford. Greater Manchester has a population of almost 3 million residents and has an ambition to be carbon neutral by 2038. This forms part of a wider strategic approach to becoming a greener, fairer, and more prosperous city region

The city region has a rich industrial history and was home to a thriving and world-renowned textiles industry throughout the 18th and 19th Centuries. Water lay at the heart of the industrial development of Greater Manchester. During the industrial era the city grew around the tributaries of the River Mersey and a network of canals constructed from the 1760s. This process culminated in the construction of the Manchester Ship Canal that linked Greater Manchester to the sea and enabled the Port of Manchester to be opened in 1894.

Greater Manchester lies within England’s Northwest River Basin District and is home to thirteen rivers including the Irwell, Medlock and the Tame. The city region contains dozens of reservoirs, that provide flood mitigation, opportunities for leisure and recreation and the supply of water to local canals. However, water-related hazards pose a serious risk to Greater Manchester’s economy. According to Environment Agency data, there are more than 15,000 properties within the Greater Manchester area that are at medium to high risk of flooding. Additional economic assets that sit within, or close to, flood risk zones include road infrastructure, local power stations and city metro stations.

The majority of the rivers in Greater Manchester are classified as having Moderate water quality, under the European Water Framework Directive, and are making very slow progress towards Good status. Meanwhile, during the summer of 2018, United Utilities (the company that provides water and wastewater services to Greater Manchester) supplied a record amount of water to pipelines to meet demand during the UK’s longest heatwave in 40 years and came very close to imposing a hosepipe ban for the first time since 2012. The company submitted a request to the UK Government Department for Food & Rural Affairs (DEFRA) to take additional water from Ullswater, Windermere and Ennerdale Water in the Lake District.

Natural Course is an EU LIFE Integrated Project that will run until 2024. It is a collaboration of public, private and third sector organisations working together to help to deliver improvements to rivers and the wider water environment of Northwest England. The partnership brings together national public bodies, Environment Agency and Natural England, the Northwest’s private water company, United Utilities, a network of environmental NGOs through the Rivers Trust and the Greater Manchester Combined Authority. Natural Course actions are designed to take a catchment approach, involving multiple stakeholders, to reduce risks to the water environment and provide a range of resilience, environmental and social benefits.

Recent flood events have highlighted the issues facing Greater Manchester’s water system. For example, very heavy rainfall on Boxing Day 2015 resulted in flooding of 2,250 properties and left 31,200 properties without power. Similar challenges were encountered during storm events in early 2021 and 2022. Future growth within the city region will need to be resilient to future flood risks and ensure flood risk is not increased through intensification of our urban areas. Natural Course has complemented traditional grey infrastructure flood defences and developed a series of natural flood management interventions in the Pennine uplands on the northern and eastern fringes of Greater Manchester.

These green infrastructure measures help to slow and control the flow of surface water upstream of communities that are at risk of flooding. Between March 2019 and 2020 the Community Forest Trust worked with the Environment Agency and local landowners to instal nature-based solutions including the construction of leaky dams, tree planting and the creation of run-off attenuation features such as small ponds. At the Smithills Estate, north of Bolton, 25 runoff attenuation features were created alongside the creation of 65Ha of woodland and 1 Ha of wetland. Meanwhile, at Crompton Moor, in the catchment of the River Beal above Oldham, 4,000 trees were planted along with approx. 3,750 sphagnum plugs as part of a wider moorland restoration programme. The primary focus of the natural flood management work around Greater Manchester was to reduce downstream flood risk. In addition, these interventions have created new habitat that helps to filter runoff and provide a water quality benefit.

Meanwhile, habitats have been created or improved which provide a benefit to a range of species and which are being monitored by members of the local community. Through this citizen science activity a species of dragonfly has been recorded for the first time in Greater Manchester at one of the upstream natural flood management sites. Looking to the future, the Natural Course partners are contributing to a city-region wide integrated water management approach that will deliver benefits across the water cycle and make Greater Manchester’s water resources more resilient to a changing climate. To date, the partners have been able to develop nature-based solutions in peripheral urban fringe locations around the city region. The next stages, in an integrated approach, will include rolling-out nature-based techniques at a catchment scale and in the more heavily developed urbanised parts of Greater Manchester.