MCR2030 LABS: experience-sharing on the integration of innovative technological solutions and communities in disaster risk management and local resilience-building

MCR2030 team for the Americas and the Caribbean 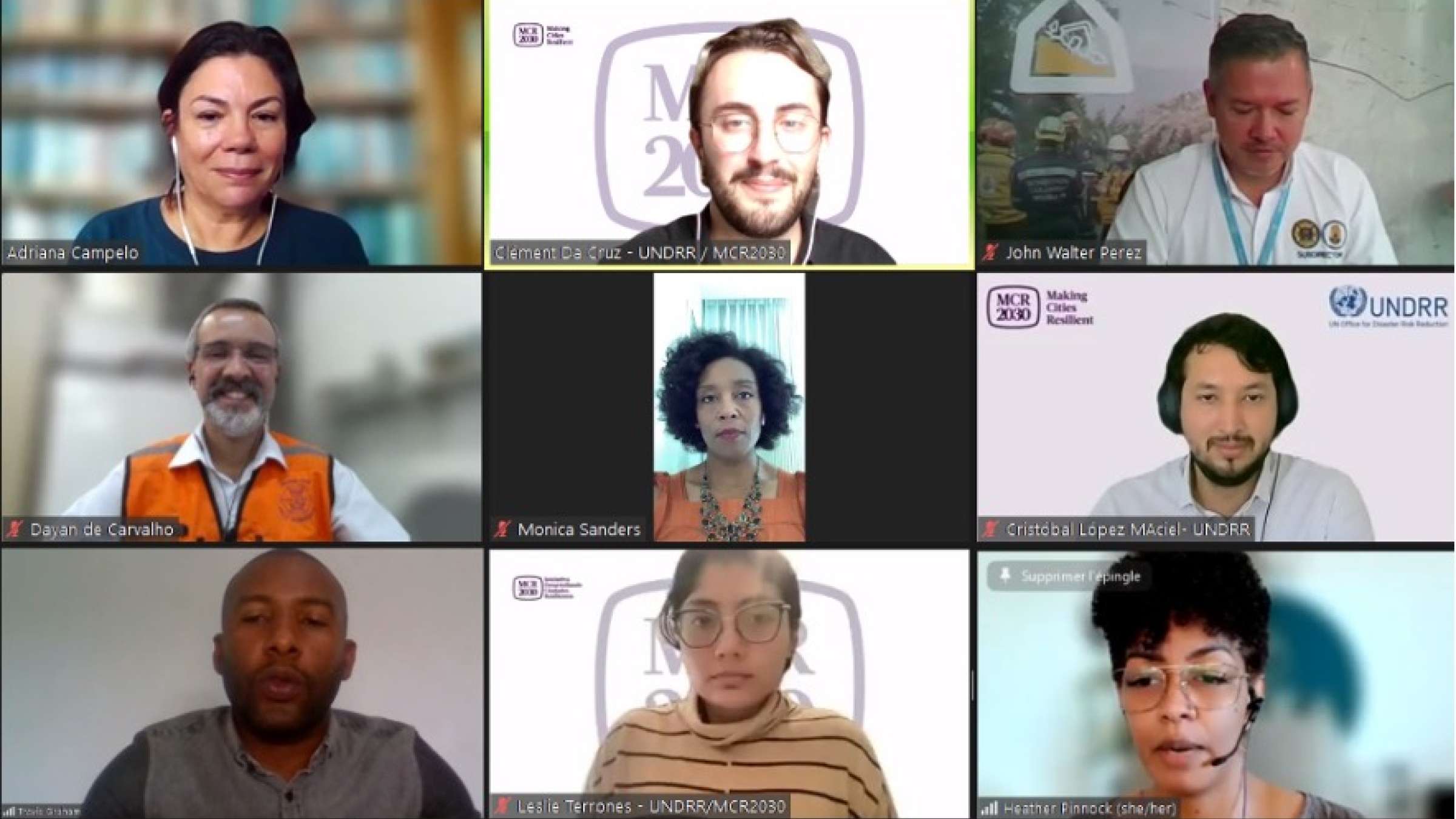 On November 30th, the second edition of the MCR2030 Labs was held, a space created by the UNDRR’s Regional Office for the Americas and Caribbean to exchange knowledge and experiences to support cities in the region to deepen their understanding and strengthen their action towards disaster risk reduction and climate resilience.

Under the moderation of Adriana Campelo, Regional Coordinator of MCR2030 and the entire regional team of the initiative, this second edition sought to exchange experiences on knowledge management, innovation and technologies in the development and implementation of local resilience strategies. Representatives from UN Women (presenting the RISS model), the cities of Medellin (Colombia) and Belo Horizonte (Brazil) and the founders of the Undivide project and GoldenEye Foundation participated in the event.

“In cities, the proliferation of new technologies is playing a fundamental role in shaping urban development. However, there are still very strong digital divides, mainly the gender gap in connectivity […]. The challenge is to establish a new direction that favors the inclusive, resilient and sustainable use of technologies by local governments.”
Adriana Campelo, Regional Coordinator of MCR2030 for the Americas and the Caribbean.

Heather Pinnock, UN Women Caribbean expert, presented the Resilient, Inclusive, Smart and Safe Cities (RISS) model in the Caribbean, an initiative launched a few months ago that seeks to help small island developing states (SIDS) such as the Bahamas, Belize, Jamaica, Saint Lucia and Trinidad and Tobago develop their urban development management capacities and, specifically, in the use of public spaces, to achieve better regional growth that includes the perspective of vulnerable populations, especially women and girls. The model, he explained, considers lessons learned and contributions from three essential contexts: the global context, including the New Urban Agenda and the 2030 Agenda; the context of the inclusion of the gender perspective in global frameworks such as the Safe Cities and Safe Public Spaces Global Initiative and the Her City Guide; and the Caribbean climate context, as well as its particularities and needs with respect to other regions.s.

Travis Graham, Executive Director of The GoldenEye Foundation, then presented the programs being developed by his organization in Oracabessa, Jamaica, stressing the importance of working hand in hand with the community and providing them with the necessary tools to achieve sustainable development. In this context, and as part of the application of the RISS model at the local level, he explained, solutions have been offered to ensure the safety of public spaces in the city.

On the other hand, Walter Perez, Deputy Director of Knowledge and Risk Reduction of the Mayor's Office of Medellin, emphasized the work that the municipality has been doing with the implementation of technological tools for the young population, as well as in the promotion of knowledge about disaster risk management in community boards, companies and in various local schools. He added that, thanks to the joint work of the mayor's technical team with intergovernmental agencies and various members of the community, an installation of new early warning systems in various parts of the metropolitan area has been possible in recent years. Furthermore, he stressed the importance of incorporating robotic automation to streamline data processing and risk management in the city.

Dayan de Carvalho, Director of Meteorology of the Municipality of Belo Horizonte, shared the experience of his municipality in the implementation of a strategy to promote the dissemination of preventive warnings of severe rainfall among the population: not only do they send alerts via text message (using the number of alerts established by the country) and through a Whatsapp group, but they are also published in all their social networks, making use of new technologies to reach more people in their locality. He also highlighted the partnership they have with the Waze app, which allows alerting the population about road blockages and accidents in a faster and more efficient way.

Finally, Monica Sanders, Associate Professor of Law at Georgetown University (USA) and Founder of The Undivide Project mentioned that his foundation was created in response to a phenomenon that is constantly occurring globally: the populations that are most disconnected from both social phenomena and the Internet are those that are disproportionately located in areas that are highly vulnerable to disaster risks. In this sense, the activities being carried out through his project are focused on helping more technological tools and information about disasters to reach communities so that they can not only be properly prevented but can make more conscious decisions.

The event concluded with a round of questions in which perspectives on how to start implementing educational and digital initiatives and tools in the communities were presented and the importance of working hand in hand with them and creating alliances with other governmental and non-governmental actors to achieve greater connectivity was emphasized.