Climate resilience for all: This is not a drill! 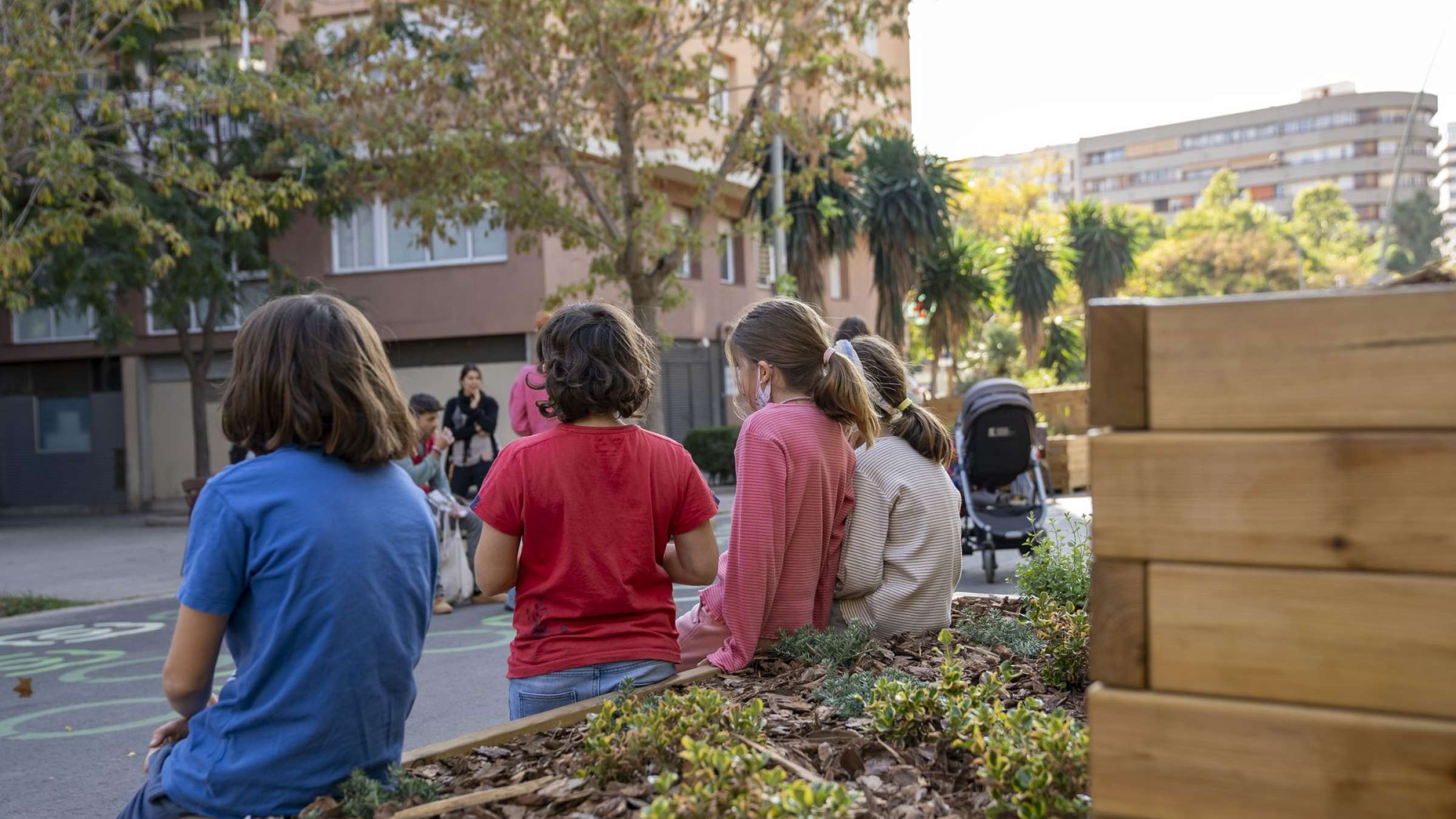 Barcelona is creating a community-based network of attractive and quiet green squares and streets. Picture: City of Barcelona

The seventh feature in this Making Cities Resilient 2030 series, under the theme ‘From Risk to Resilience: Building a Local Climate of Success’, profiles Barcelona, in Spain

On 15 January 2020 Barcelona declared a Climate Emergency with the accompanying statement: ‘This is Not a Drill’. The city took such a step in the face of predicted rises in extreme temperatures for a municipality that lacks significant parkland and tree shade.

The city is moving towards a 'reprogrammed' urban development model that has a stronger focus on nature, proximity, and collaboration

Resilience has been integrated in Barcelona’s municipal agenda since 2009, when the first cross-sectoral boards to implement risks reduction projects were launched. A series of critical events between 2006 and 2008 – including extreme drought, interruptions in railway services, and electrical blackouts – prompted the shift. Since then, the model has evolved to a more comprehensive approach that considers a broader spectrum of vulnerabilities, including their socio-economic dimension. Resilience is embedded in the Climate Plan 2018-2030 (recognized as the best of the big European cities) which sets both short- and longer-term ambitions to reduce vulnerability and exposure through emissions-reduction targets as well as adaptation measures.

The city is moving towards a ‘reprogrammed’ urban development model that has a stronger focus on nature, proximity, and collaboration. It is also committed to present annual Local Voluntary Reviews of the UN’s Sustainable Development Goals (SDGs), one of a few municipalities in the world to do so. Barcelona’s transformation is both visible and impressive. The programme “Superblock Barcelona” is transforming several streets from busy road junctions to a community-based network of attractive and quiet green squares and green streets. Superblock Barcelona, recognized by the UN as an example of climate resilient urban development, puts people and local retail at the centre of urban planning.

A high population density, compactness, and proximity of services and facilities, makes Barcelona and its metropolitan area a ‘short distance city’, where walking is increasingly the main choice for commuting and relaxation. In the central Eixample district, 21 green streets spanning 33km have been planned along with 21 squares, creating 3.9 hectares of green space. By 2030, 33.4 new hectares of pedestrian space will be created. Every person living in Eixample will have a green street or new square within 200m of their homes. On these green streets, dedicated children’s play areas have been set up. Pedestrians have absolute priority; bicycles and motorized vehicles can use the street but only at very slow speeds (10km/h). Planning is configured to avoid through-traffic.

These green streets bring several benefits. First, the capacity to capture air pollutants and CO2 will increase (with a goal of a 25% rise in capacity after 20 years). Second, the amount of planted area (permeable and drainable) will increase from 1% to 12% on green streets and to 24% in green squares. Biodiversity is increasing with an increase in species being planted from 9 to 196. This will expand the level of shade and reduce the temperature of pavements. Above street level, roofs and facades are being transformed into suitable spaces for plants life, providing additional visual and environmental benefits.

When the Superblocks model is rolled out across the entire city (by 2030), it is estimated 667 premature deaths will be avoided because of increased physical exercise and reduced exposure to heat, noise, and air pollution. A complementary programme to calm traffic in the city, the so-called ‘Let’s Protect the Schools’, is focused on 585 locations. As a result, the environmental quality and overall attractiveness of public spaces around schools has improved as has road safety. Barcelona works hard to engage key population groups, such as women, elderly people, and small business, and include their needs in the transformation agenda. The city uses face-to-face engagement in neighborhood spaces and facilities as well as online consultations. An initial policy of tactical urbanism has enabled different solutions to be tested in projects before they are scaled up. In recent years, Barcelona has become a hub for urban resilience.

The city has shared its model with cities such as London, Copenhagen, Rome, Bologna, Rotterdam, Milan, Strasbourg, Madrid, Berlin, Istanbul, Lyon, Warsaw, Medellín, Buenos Aires, Mendoza, Havana, Mexico City, Tokyo, Singapore, Shenzhen, Seattle, Cape Town; the Rhur regions Germany, Zuid-Holland, among others. The City Council can guide on how to implement a municipal resilience office, define its core functions, and draft a strategy, or to ‘localise’ the UN 2030 Agenda, including the selection of targets and indicators. It can also help on a range of resilience-related issues, such as vulnerability analysis, studies of risk impacts, and risk governance. Maputo in Mozambique, Dakar in Senegal, as well as nearby Terrassa in Spain, have benefited from such support.